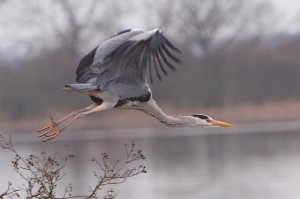 Castle Loch covers an area of 107.6 hectares and was created when the ice cover melted after the last glaciation leaving a saucer-shaped dip which filled with water. The loch is nutrient rich (eutrophic) and has extensive fringes of emergent vegetation which are dominated by Common Reed (Phragmites australis) and Reed Sweet-grass (Glyceria maxima). These merge into marshy grassland with a wide range of wetland plants, with a further transition to carr (wet) woodland with willows (Salix spp), Birch (Betula pendula) and Alder (Alnus glutinosa). An area of mature deciduous woodland has established on the drier ground and management encourages species such as Oak (Quercus spp), Ash (Fraxinus spp), and Rowan (Sorbus spp).

What to look for in Summer The most noticeable birds on the loch in June, July and August are Mute Swans. There can be up to 150 birds most of which have come here to moult their feathers. Only a few of the swans will be resident breeding birds because there are only about six pairs that remain throughout the year and breed in the reeds around the edge of the loch. Look out for swans with rings on their legs. If you manage to read the numbers and letters please report to the Ranger Service or WWT Caerlaverock. Several pairs of Great Crested Grebes breed here. Watch out for their dramatic breeding displays in spring and early summer. The Willow Tit has declined in many parts of Britain but here there are still several pairs breeding in the woodland fringes. They make their nests in rotten trees stumps and feed on insects on and within the trees. Take care not to damage any trees.

What to look for in Winter Castle Loch is internationally important for the high numbers of Pink-footed Geese that roost on the loch at night, and nationally important for the numbers of Greylag Geese that utilise the loch. The best time to see the geese is at dusk when they fly in from the surrounding fields where they have been feeding, or at first light in the morning when the birds leave the loch. These times of day are also good for watching the large numbers of Rooks, Jackdaws, Starlings and various species of gulls that roost here too – at night, the total numbers of birds on the reserve can exceed 18,000. Look out for the beautiful Goosander, a fish-eating duck that occurs here in nationally important numbers. They can be on the loch at any time of day but mornings and evenings are best. In the middle of the day the loch looks much quieter but there are nearly always Tufted Duck, Mallard, Wigeon, Goldeneye, Coot and Moorhen present. Pochard, Ruddy Duck, Gadwall and Smew all occur less frequently. 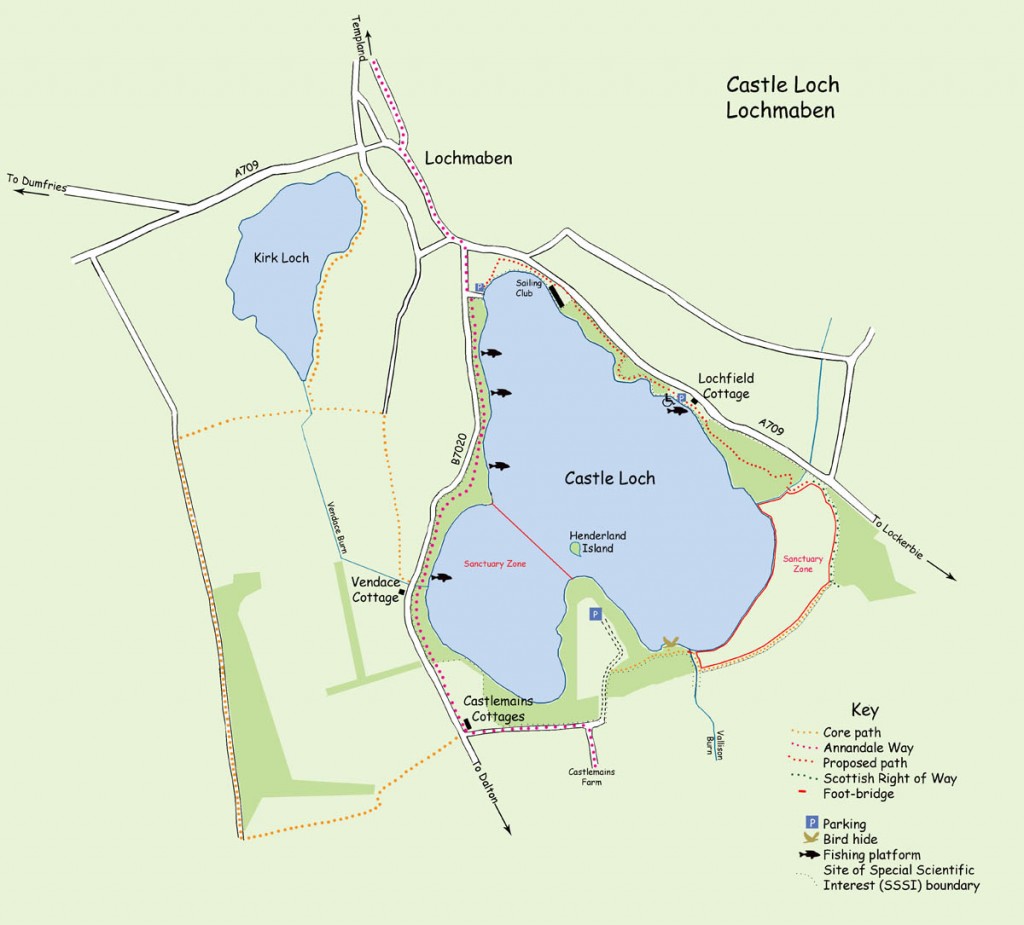